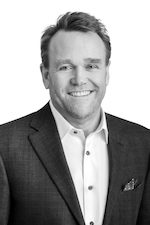 is a co-founder of the Smith/Richards Group and has been working with clients in the Seattle area for nearly 30 years. He specializes in helping clients understand their financial issues which allows them to make decisions that truly support their priorities. Jim divides his time between helping clients directly and mentoring our next generation of advisors.

He is the author of Better is Better (Classic Day Publishing, 2011), which explores an approach to financial decision-making based on what is most important to each person rather than simply defaulting to “more is better.” Jim graduated with a BS degree in Computer Science from Whitworth University and an MS degree in Financial Services from the American College.

He has achieved the designations of Chartered Financial Consultant and Chartered Life Underwriter and is a member of the Estate Planning Council of Seattle. An avid pilot, Jim flies as a volunteer for Angel Flight West delivering patients and medical supplies to and from remote areas and for LightHawk in support of various environmental projects.

He also enjoys windsurfing, back-country skiing, fly fishing, and any gathering involving food and wine. He lives with his wife, Carla, on Mercer Island. 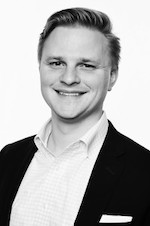 joined the Smith/Richards Group in 2005. He has been instrumental in helping the Group meet the needs of a growing client base. As a Partner of the firm, his role continues to evolve. In addition to caring for his own client base, Travis is working to master the art of running a business as well. He enjoys mentoring new advisors and is proud to have helped successfully launch the careers of three fellow advisors at the firm.

Originally from Minnesota, Travis came out west to attend Seattle Pacific University. He graduated with a degree in Business Finance and quickly decided to make Seattle his home. Travis has already achieved the designations of Chartered Financial Consultant, Chartered Life Underwriter, and Chartered Special Needs Counselor and is consistently hungry for more education.

Travis has adopted a true Pacific Northwest lifestyle. In his spare time he is likely to be found sailing, skiing, cycling, or swimming. He is an avid traveler and has visited over 30 countries on five continents.

Travis and his wife, Chelsea, live in Kirkland where they can often be found hosting various combinations of friends, neighbors, and family members at their home. They are enjoying the thrill and challenge of raising three young children. 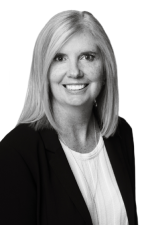 is a partner at the Smith/Richards Group and has been with the firm since 2009. With over 25 years of experience in banking, sales, advising, and operations, Lori’s unique perspective greatly benefits both advisors and clients.

She shapes the quality of service that the firm provides to ensure that clients feel simply ecstatic that they have chosen to work with the Smith/Richards Group.

After years cheering on their daughter, Maura, through club and collegiate athletics, Lori and her husband, Michael, are emerging empty-nesters. Instead of the softball field, they now spend their time hiking, cycling, and photographing the beautiful Pacific Northwest. Some of Michael’s stunning photographs adorn the walls of the Smith/Richards Group offices.

Originally from the Southwest, Lori graduated from the University of New Mexico with a BA in Economics and is licensed in both securities and insurance. 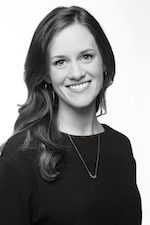 has focused her entire career in the financial services industry and has been working with clients of the Smith/Richards Group since 2013. Hayley is passionate about helping her clients uncover their unique value system to help develop a financial strategy that targets each client’s version of “Better”. She acts as a guide to educate and partner with her clients as they work towards their desired future lifestyle.

Hayley attended Seattle Pacific University and graduated with Honors from the business school with a double concentration in both Finance and International Business. Hayley has received the designation of Chartered Financial Consultant (ChFC) from the American College and participated in the lay counseling certificate program at The Seattle School. She is a firm believer that one should always be learning. Hayley has also applied her industry knowledge, creativity, and passion for helping others by developing a money management skills curriculum for an orphanage in Uganda.

When not at the office, Hayley enjoys a life full of adventure with her husband Brian. They love to spend their weekends doing the things they love—skiing (water and snow), backpacking, exploring a new city or spending quality time with their friends & family. Growing up a classically trained Ballerina, Hayley is also known to find every opportunity she can to dance. 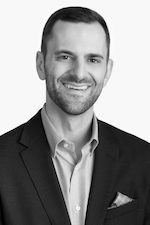 joined the Smith/Richards Group in 2016. With an economics degree from Cornell University and a law degree from Seattle University, Ryan serves his clients with a well-rounded perspective that draws from his expertise in estate planning, taxation, and business law.

Ryan works to develop long-term relationships with his clients to understand their entire situation, so together they can make positive financial decisions for current and future generations.

Ryan enjoys adventuring with his wife, Madeline, and their children, Virginia, Baker, and Lauchlan. They especially love backcountry skiing and distance cycling. Ryan also plays in numerous basketball leagues to relive his glory days as a college and professional athlete. 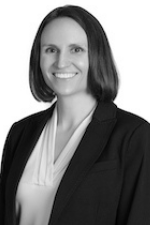 has been with the Smith/Richards Group since 2016.  With a passion for finance and a master’s degree in Adult Education, Leann is skilled at presenting information in a clear and concise manner to help clients better understand their financial position and planning.

Prior to SRG, Leann worked in the non-profit sector with local businesses to address employment related issues. Joining SRG was a natural fit as it combined her interest in economic affairs with her desire to help others. Leann values the relational aspect of her work. She understands the importance of getting to know clients and their families in order to develop custom plans that achieve a variety of financial goals.

Leann lives in Bellevue with her husband, Roland, and their two young children. Leann loves cooking and delights in baking with her daughter. As a family, they enjoy traveling, spending time outdoors, reading, and constructing LEGOs. 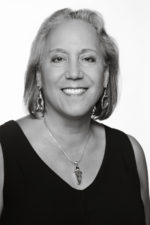 brings 38 years of industry experience to the Smith/Richards Group. Originally starting at agency level, Chris was hired by the firm in 1998 and currently specializes in new business and policyholder service on life, disability income, and long term care insurance.

Chris’s people skills, empathy and communication shine through her daily interactions with clients and co-workers, and she enjoys being a part of such a supportive and genuine team.

A “people person” through and through, Chris is passionate about spreading positivity and sharing her Christian beliefs. 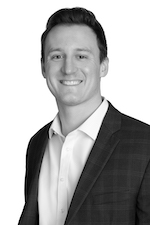 joined the Smith/Richards Group in 2020 with a degree in Finance and Information Systems from Washington State University. Currently Colin is supporting Ryan Rourke and working with his clients as a Paraplanner where he assists in the financial planning process and helps ensure that clients receive an excellent experience. Colin is being mentored by Ryan and others at the firm in an apprentice-style arrangement.

Colin has already completed his education as a Paraplanner and is working toward full securities and insurance licensing. In the moments when he’s away from a financial textbook, Colin spends his time in Seattle and loves to get outside and enjoy the PNW or watch some of his favorite Seattle sports teams. Colin grew up in the Seattle area and maintains a wide network of local friends and family. 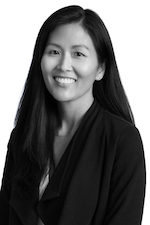 has been with the Smith/Richards Group since early 2019 after working for 15 years as a Physical Therapist. She is currently working as an assistant to Hayley Hill, and enjoys the challenge of working in a new field.

Sue’s big shift in career started after she chose to stay home after the birth of her second child. During that time, she learned bookkeeping, working part time in collaboration with a friend, and involved herself deeply at her children’s school. She has held board positions during her son’s preschool years as well as at their current elementary school’s PTA.

Sue grew up in Houston, Texas and earned her masters of Physical Therapy from Texas Woman’s University. She moved to Brooklyn, NY after her schooling to practice physical therapy and fell in love with the city. She stayed for 14 years and worked in a variety of settings, including Harlem Hospital. She later took on an administrative role with the Visiting Nurse Service, where she learned to balance the needs of a large, evolving client base.

She loves exploring the beauty of the Pacific Northwest, reading, discovering new restaurants and local wineries, and spending time with her husband and two active boys. 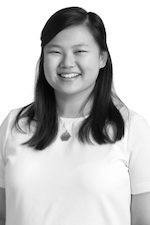 joined the Smith/Richards Group in 2019 as part of the operations team. She helps ensure that clients have the smoothest experience possible while setting up and maintaining investment accounts. Leah graduated from Seattle University with a B.A. in Psychology.

Prior to joining SRG she worked in the behavioral health industry where she assisted psychiatrists and psychologists to improve the quality of their patients’ lives. Leah strives to incorporate this care into her work at SRG, where she enjoys working closely with clients helping them to implement changes to their financial picture that will help them to achieve their long-term goals. Leah lives on Mercer Island with her cat Louie and is an avid animal lover. She enjoys game nights with her family and adventuring to new restaurants with friends. 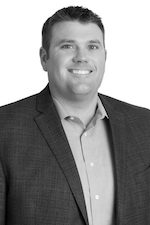 joined the Smith/Richards Group in 2019 and has recently relocated from Phoenix, Arizona. He has significant financial services operational experience after working for 7 years as a Relationship Manager – supporting a small group of the industry’s top performing advisors.

Josiah is looking to use both his operations knowledge and his interest in financial planning to work in an “apprentice” arrangement with the firm. He is currently assisting Jim Richards and his book of clients. Josiah enjoys getting to know clients personally and helping them reach their financial goals.

Josiah was born in Aurora, Illinois and grew up in the St. Louis metro area. Josiah graduated from Hickey College with a B.A. in Applied Management with and emphasis in Accounting.

Josiah now lives in Suquamish with his wife Jennifer and their children Jaxson and Zoey. Josiah and his family are enjoying the Pacific Northwest and exploring everything it has to offer. 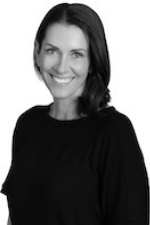 Danu joined the Smith/Richards Group in 2020. After a rewarding career in Education, Danu is thrilled to be part of SRG, working closely as a team with Travis Mann and supporting his client base.

Her years as a classroom teacher, special education instructor, and school administrator have proven invaluable in her new role. Danu is continually honing her natural abilities to build relationships, communicate effectively, and anticipate client needs in her role. Danu loves to learn and has already completed her education as a Paraplanner.

Danu grew up in Oakland, California. While a California girl at heart, she is happy to call the PNW home. She attended Gonzaga University and earned her Master in Teaching degree from Seattle University. Danu lives in Kenmore with Riley, Luke, and Lucy- her teenage twins and beloved mutt. She loves to travel (especially where there is sunshine), attends her kids’ soccer games, and explore new restaurants and coffee shops. 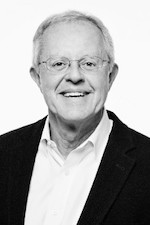 fully retired in early 2020. After a successful career that spanned over 40 years his legacy will be felt for generations throughout both the clients he served and the firm he co-founded. Many of his original clients are still served by the next generation of advisors and staff he helped to build.

Kirt and his wife Shelley recently moved full-time to a small town outside of Palm Springs, CA. Along with their faithful pup, they can be found traveling up and down the West Coast in their Airstream trailer.